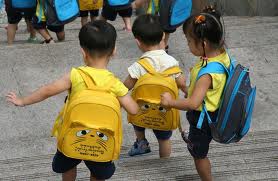 When I first heard about the prevalence rate of Autism in South Korea, I felt sick to the stomach. Over a period of 5 years, researches have done a population study of children in South Korea. Initially, the country is believed to have a low rate for Autism. Unfortunately, what they found was a much higher prevalence rate. 1 in 38 children in South Korea were found to have Autism Spectrum Disorder. This is 2.64% of the population. Even the researchers themselves were surprised at the outcome of the study.

Compared to the United States, where Autism is 1 in 110, which is around 1%. However, this number cited by the CDC is several years old and I wonder when they will publish their latest prevalence rate. Please read the article here http://edition.cnn.com/2011/HEALTH/05/09/autism.study/index.html

Autism is much more common than we think. Too many children go undiagnosed. In the South Korea study, they not only assessed children in special needs schools and centres, but also in mainstream schools. I wonder what would happen once these affected undiagnosed children would cope when they are no longer within the highly-structured education system. How are they going to cope with real life? What happens to the future of the country when a large amount of the population is not getting the medical support and assistance?

From a macro-economics point of view, it would lead to high unemployment rates, too much strain put on public welfare and healthcare resources. From a parent’s point of view, I would want my children to get the proper care and treatment as soon as possible. The thought that my children would have to suffer unnecessarily for so long because of a lack of an effective screening tool leaves me feeling vulnerable.

I look to the health authorities to ensure proper screening for my children. Too often, I hear stories where it is the parents who identified Autism in their children first before they are given a diagnosis. And too often lately, I see many children and young adults who suffer for years because their symptoms went undiagnosed and untreated.

I can’t find recent official rates for South East Asia countries, though the National Autism Society Of Malaysia (NASOM) quoted a 30% increase in Autism rates every year. Several years ago, it was reported that 1 in 625 Malaysian children have some form of Autism Spectrum Disorder. However, some Autism experts in Malaysia are wary of the number. Mainly due to the fact that the study was done only in the state of Perak, 1 of 13 states in the country. It may not represent the overall number of Autism prevalence in Malaysia. She also goes on to speculate that the numbers in Malaysia may be closer to the prevalence rate in the United States perhaps. Time for a nationwide study? Heck yes.

Autism is the fastest growing developmental disability in the world. It is more common in children than cancer, diabetes, Down’s syndrome and AIDS put together. If Autism goes largely unheeded by medical authorities, I shudder to think what the future holds for our children when we are no longer around to care for them. This is on the minds of many parents of children with special needs. This keeps me awake at nights.